Notes on Dostoyevsky’s
Notes from the Underground by Ségun Ògúntólá 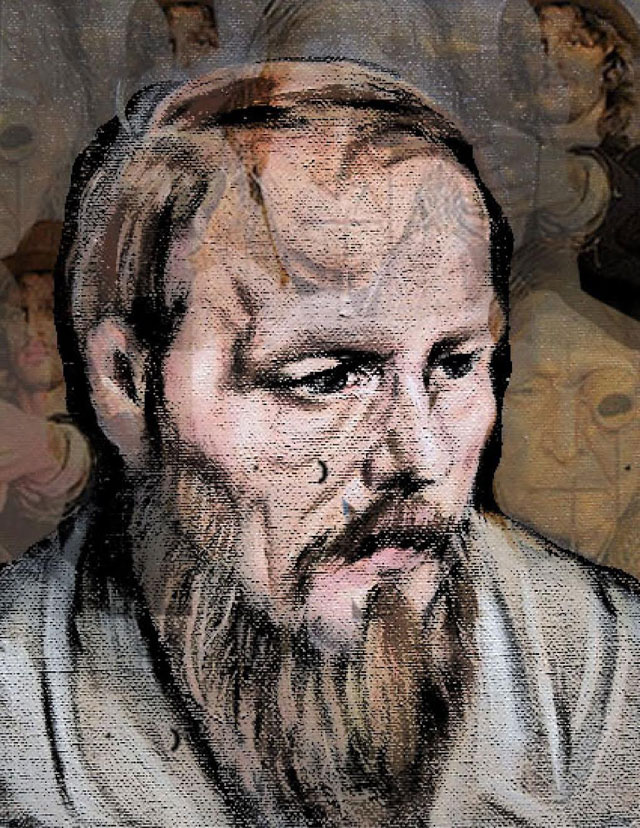 My maiden voyage to the illuminating world of Literature was via a small, big book.

It was the time in my life when the edifying light of knowledge had perforated the cobwebs of ignorance then undermining my discernment of the ways of this world, of the human condition, of that phenomenon called a human being.

The small-big book: Dostoyevsky’s Notes from the Underground. Its opening paragraph:

“I AM A SICK MAN … I am a spiteful man. I am an unattractive man. I believe my liver is diseased. However, I know nothing at all about my disease, and do not know for certain what ails me. I don’t consult a doctor for it, and never have, though I have a respect for medicine and doctors. Besides, I am extremely superstitious, sufficiently so to respect medicine, anyway (I am well educated enough not to be superstitious, but I am superstitious). No, I refuse to consult a doctor from spite. That you probably will not understand. Well, I understand it, though. Of course, I can’t explain who it is precisely that I am mortifying in this case by my spite: I am perfectly well aware that I cannot “pay out” the doctors by not consulting them; I know better than anyone that by all this I am only injuring myself and no one else. But still, if I don’t consult a doctor it is from spite. My liver is bad, well—let it get worse!”

I had deemed the paragraph nonsensical when I first read it many years ago: the judgment of a sophomoric mind new to critical thinking, to philosophical rumination. It took me awhile to comprehend the paragraph, its—and the book’s—larger implication on the human condition, what it reveals about the essence of that phenomenon called a human being. I now dare say this: the paragraph alone imparts knowledge on human psychology more than, say, any academic social science book on the subject. . . .

We are here dealing with an “educated man” who, nonetheless, is superstitious, whose irrationality is rational. That is, his senseless (irrational) behavior and decision not to consult a doctor, though he is in pain, is arrived at by way of reason (rational thinking). His decision is a product of his thinking rationally, albeit motivated by spite. Rationality here is Janus-faced …

Whereas he is an “educated” man whose irrationality is a product of reason, other instances of irrationality are a product not of reason but of faith. As in when one decides not to see a doctor for one’s ailment not because one merely wants to assert one’s desire not to do so, but because one’s religion advocates praying over an ailment instead of consulting a doctor to heal it. Society too is not immune from the irrational. Consider this: I once had a professor whose political theory class I appreciated and anticipated weekly. He once said this: Irrationality is the root of human rationality. I had scratched my head wondering what he meant, then realized he was right. Consider this: without war – that plague of History – there would be no endeavor to ensure peaceful coexistence; the former is irrational, the latter rational. Needless to say the victor often gets to decide the terms of “peaceful coexistence”. . .

Granted he is not your ordinary “normal”, “sensible” person, an ideal type of the human beings constituting the human society. Granted he is a man existing deep in the mentally turbulent core of existential dregs, deeply entrenched “underground”. Yet, it would be a grave mistake to dismiss him, this “educated man”, dismiss his decision as inconsequential in matters of human psychology. Rather, it would be wise to realize he reveals man’s innate capacity for the irrational; a nature prehistoric, atavistic and eternal. (Yes, it is true the irrational has somewhat been suppressed in the majority of human beings today, especially in those who are inhabitants of modern societies, and who deem themselves “rational”, “sensible” persons who do things “sensibly”, “rationally”. But in whom, in fact, the irrational is hidden, revealing itself from time to time, instances of which abound; you will recall some of them.) Therefore, many a person like him, this “educated man”, dwells in the world still. Examples of his kind abound in societies, among the law-abiding, “civilized” gentlemen and gentlewomen of reason and sensible conduct, but in whom, in fact, the irrational, though suppressed, stubbornly rears its head from time to time. …

In Notes from the Underground Dostoyevsky reveals a human being to be first and foremost a psychological being, irrational at his core. He reveals man’s irrational psychological interior. The interior is a vortex, at the center of which whirls the irrational, the substructure of man’s rationality (rational conduct). Notes from the Underground: a profound exploration of the phenomenon of human psychology. Dostoyevsky: a profound psychologist.

For a profound understanding of human beings, to know what essentially animates them, how to affect a change in them, inspire them to act: it is fundamental to be consistently mindful of and cunningly exploit their capacity for the irrational. Consider Karl Marx and Prophet Mohammed: Marx aimed for and engendered a short-lived intellectual and social revolution. Mohammed aimed for and engendered an enduring spiritual and religious revolution. Marx was intelligent, Mohammed wise; wisdom the father, intelligence the son.