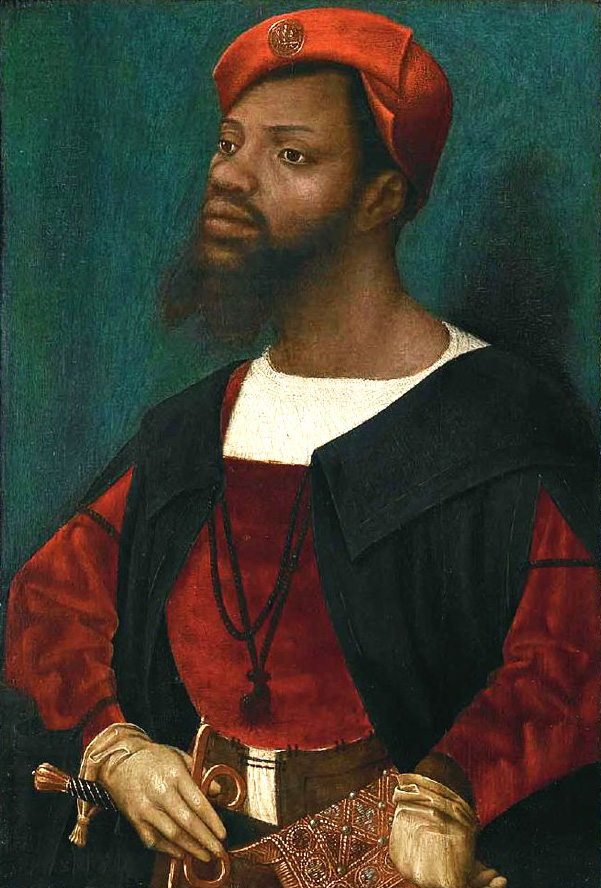 A well known axiom: the United States of America is a “melting pot” of cultures. Whereas sophomoric thinking, conventional wisdom and public opinion suggest this is so, is it, in fact, a fallacy? Is the United States an immigrant heaven, where the immigrant discards her or his former self to start anew?

There are two kinds of immigrants: the tangible, the intangible. The one we readily know as an individual (or a family) who voluntarily journeys to and takes up residence in a foreign land. The intangibility of the other ensures it is not thought of as an immigrant; it is called: cosmogony.

Webster’s Ninth New Collegiate Dictionary gives these, useful, definitions of cosmogony: (1) the creation or origin of the world or universe (2) a theory of the origin of the universe.

Facts on File, Inc.’s “Key Ideas in Human Thought”, 1993, refers to cosmogony as Indigenous Metaphysics, and defines it:

Indigenous Metaphysics describes conceptions among various peoples about the universe, the role of humans, and their relationship to unseen powers.

Implicit in these definitions: cosmogony is a story about Existence. And why, we might ask, do a people (a human being) need a cosmogony?

Humans’ age old yearning to both comprehend and decipher meaning in Existence necessitated our need for a cosmogony. Consequently, since the beginning of Time, that is, since we became conscious of our existence, we have invented cosmogonies, told stories about Existence, in an attempt to answer the age old questions: What is the origin of the universe? Who are we? Why are we here? Is there a meaning and purpose for our existence? Is there life after death? How ought we to live?

The fundamental societal role of cosmogony is, therefore, both sacred and secular: It gives a people meaning in Existence. It is a practical, cultural necessity enabling a people to make sense of the world in which by no fault of its own it found itself; a psychological armor enabling it to fearlessly or less fearfully engage Existence, enabling it to exist and endure. It is from it a people derive its unique worldview, ethics and culture for social organization, without which a civil society will be problematic, perhaps altogether impossible.

Accordingly, besides the nominal definition of a people—the Berber; the Aborigine; the Yorùbá; the Igbo; the Masai; the Kikuyu; the Zulu; the Aztec; the Sioux; the “English”; the “French”; the “German”; the “American”, et cetera—we also should understand a people as a society of human beings in a state of being. By a state of being I mean a way of life, which is itself derived from, and informed, influenced and ordered by that people’s cosmogony, for a people is fundamentally its cosmogony, without which it will, like a tree sapped of nutrient, wither, die. (Consider these: it is not accidental that the faithful practitioner of Yorùbá reveres and worships her or his ancestors and the Òrìsàs. It is similarly not accidental that the faithful practitioner of Islam prays five times a day, does not consume pork, does not charge interest based on the market-principle of liberal economics. The faithful Yorùbá, and the faithful Muslim behave thus in accordance with the cardinal tenets of their respective cosmogonies, out of which derived their respective religions, ethics and way of life, and which informs and influences their earthly existence.)

It is not surprising then that cosmogony has been indispensable to human existence throughout all of known (recorded) human history. The Christian cosmogony in the Old Testament tells us: “In the beginning God created the heavens and the earth,” and Adam and Eve, the first man and woman, and established the rules by which they were to live.

The cosmogony of our so called modern age we might call rational-scientific: a rational explanation of Existence through the use of Reason and the scientific method. Its cardinal tenet: the universe came into being as a result of a cosmic “Big Bang” and has been evolving ever since. And human beings are a result of a “glorious accident” of Nature, not an intentional act of creation by God.

All historical cosmogonies—including the biblical, those of the major religions of the world, of the Yorùbá, of the Zulu, et cetera—we might call pre modern. All of them are nowadays called “myth.” This is not surprising: Our modern age is one where Reason increasingly informs and influences our worldviews and ways of life. The rational-scientific cosmogony claims superiority over the pre modern, because unlike them it does not merely tell us its version of the origin of the universe, of humans: it “proves” it with “convincing” scientific data. Regardless, we continue to wonder exactly what it was that banged. Why it had to bang. And why Matter had to eventually become conscious of Itself, be able to look at Itself in the highest most tangible and animated form of a human being. Moreover, we wonder about the (our) beginning. What did it look like? No one among us human beings remembers. (Do the stars, the planets, the moons?) It is as if we were plagued by a collective amnesia upon becoming conscious of our existence; as if in exchange for Consciousness, God (or call It whatever pleases you: “Nature”, the “Big” that “banged”, “Nothingness”) struck us with a divine Wand, erasing our pre-conscious collective memory, leaving our collective unconscious devoid of any recollection of our pre-conscious, you might say, worry free Garden of Eden existence. And, given these vexing questions, we suspect the rational-scientific cosmogony is itself a “myth” because, despite its verifiability, it is, like pre modern cosmogonies, trying to explain Existence, and has not been able to conclusively answer humankind’s age old questions: (No wonder physicists are questing for a grand theory, the so called theory of everything.)

It is revealing that human beings remain burdened with finding meaning in Existence: we have not fully accepted the “myth” of the rational-scientific cosmogony. And one wonders why this is so. Is it because we are innately atavistic and thus cannot help our being burdened with yearning to recollect the beginning, our primordial pre-conscious existence? Is it because we cannot help our being burdened with the inkling we are not merely the “glorious accident” of a cosmic “Big Bang”? Perhaps it is because we have come to believe we are indeed a “glorious accident,” but cannot accept and be at peace with this explanation of our origin? Perhaps our being so burdened reveals our innate spirituality? …

A cosmogony is unique and localized to the people from whom it originated. Regardless, it does transcend its locality; missionaries, agents of government and immigrants are the primary conduits, the trans-planters. As the great writer, Ben Okri points out in his essay, “Redreaming the World”:

“The ancient Romans built straight roads wherever they went. Christians planted churches on resistant landscapes. Muslims pierce the air with the call of the muezzin.”

“Conquerors are transplanters. So are the conquered and exiles. They take their earth with them, carry with them their rituals as codes of continuity in the new world. […]”

The age old capacity of immigrants for transplanting their cosmogonies to their new countries of residence is why one is skeptical about the idea of social integration believed as a “melting pot” into which dissolves the unique psychological interior and cultural traits of the immigrant when she or he takes up residence in her or his new country. Social integration understood as an incorporation of the immigrant into a “melting pot” is perhaps an illusion. It is perhaps more accurate to understand it as a conglomerating pot and not a melting pot of cultures; a hearty, spicy gumbo, not a bland puree of cultures. Consider this: the many peoples and cultures in New York City: pagans, Muslims, Christians, Jews, pantheists, atheists, rationalists, et cetera, and their respective unique cosmogonies, worldviews, cultures, social norms and institutions all coexisting, without melting one another. (There are neighborhoods throughout New York City with more religious-cultural affinities with Africa, the Middle East, the Caribbean and South America than with the rest of the United States.) Moreover, these peoples and cultures are constantly engaged in a dynamic process of influencing one another, subtly vying for the hearts and minds of one another in the ongoing spiritual-cultural drama of Existence played out in cosmogonies and the ways of life derived from them. …

The foregoing leads me to this point:

Not only is a cosmogony an immigrant: the drama, often violent, of cosmogonies is what wholly and truly explains human history since we became conscious of our existence. Humans are the primary actors, the trans-planters of a cosmogony beyond its country of origin. And, cosmogony often wins human converts among the natives of the foreign lands to which it is transplanted. (Consider these: the proliferation of the Yorùbá cosmogony and way of life in the African Diaspora, most notably in the new world, including in the United States; the role of the British civil servants in the spreading of Britain’s way of life in the colonies of the British Empire; the role of the missionaries in spreading Christianity in Africa, Asia and South America; the role of Arab traders and conquerors in spreading the Islamic faith and way of life in Africa.)

As Ben Okri points out in his essay, “Among the Silent Stones”:


“Apart from the wounding of the souls of continents, colonialism also- paradoxically- achieved an accidental serendipity. It brought people together in a way that might not have happened for hundreds of years. For example, as a result of its over-reaching, Britain began by colonising half the world and now finds half the world in its territory, within its history, subtly altering its psyche.”

The altering of psyche Okri mentions relates to, of course, the influence the unique ways of life of immigrants are having on the people and life of Britain. (Perhaps politicians who detest immigrants are not only hatemongers but have mused on and comprehended the profound life-altering influence of the immigrants’ cosmogonies on the people and life of their countries and thus are fearful of foreign cultural influence, of change.)

A cosmogony ought to be understood as an immigrant given its intrinsic ability to migrate beyond its land of origin through human immigrants, whose inner universe and behavior it continues to influence in the new country. This is especially so, given its ability to influence the worldview and way of life of the indigenous persons of the country to which it is transplanted, and, consequently, the life of country itself.

Has the immensity of the United States, the relative peaceful cohabitation of its diverse cultures and peoples meant it has achieved a “melting pot” of cultures, or is this an illusion, a self fulfilling axiom?