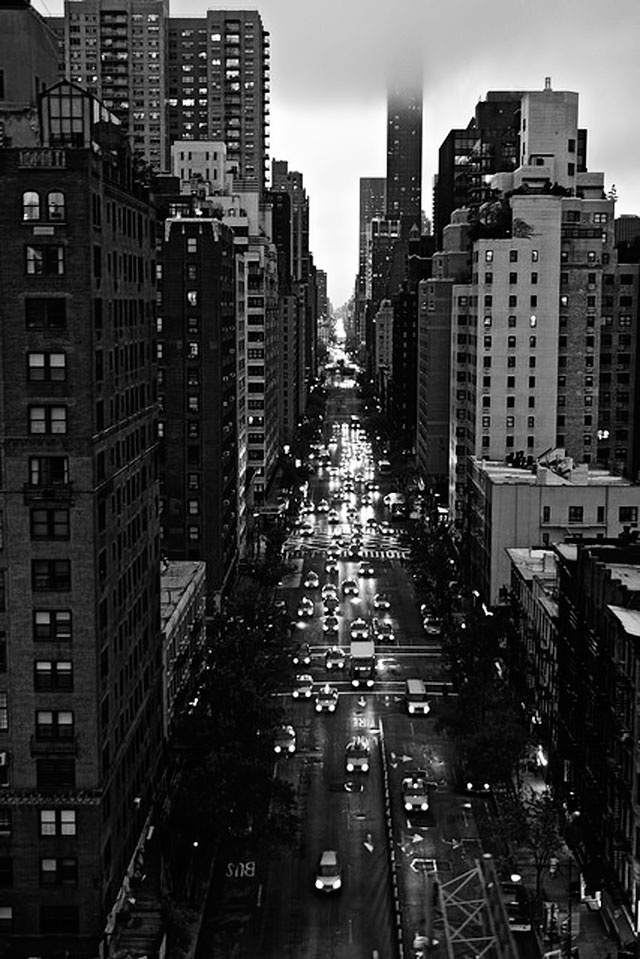 One should make time for reverie, leave one’s desk sometimes, stroll about the streets, people-watch. The essay can wait. On a beautiful afternoon as this, albeit sweltering, one ought not to spend the whole day writing. I extinguished the cigarette, drank the remaining of my chilled pinot noir, switched-off the computer, grabbed my Khaki trousers, white cotton shirt and beige “NY” bucket hat from atop the bed and fetched my brown belt and brown Birkenstocks sandals from the closet. I contemplated the stereo awhile, decided to leave it on. (It would be rude to interrupt Sarah Vaughan heaving through a ballad, her voice husky.) I grabbed my keys and stopped in the kitchen to get a bottle of water, frosty, from the foggy refrigerator.

I wandered about the city, clutching the now perspiring bottle of water in one hand and Ben Okri’s Dangerous Love in the other. My shirt unbuttoned down to just above my navel, the sleeves rolled up above my elbows; my scalp sweaty under my hat; beads of sweat frolicking on my torso, waltzing down my abdomen. People walked about clutching bottles of soft drinks and water, many of them scantily dressed. Bare navels, many bejeweled, stared at the world from under tank tops and muscle shirts. Breasts jiggled, their alluring nipples ogling passersby, quickening our pulses.

Drained by the heat I decided to find a quiet coffee shop to read in while sipping coffee.

I selected a table closest to the window with a clear view of the dramatic streets, ordered a large iced coffee, and turned my attention to the streets. A young woman was gesticulating, her lips moving fast. Her male companion stared at her as she talked. She finished talking and settled into a sullen pose, her arms folded across her chest. She and her companion gazed at each other awhile. He now pursed his lips, and ran the back of his hand slowly down her cheek. A hesitant smile appeared on her face. They embraced. Some passersby smiled at them.

“Excuse me . . . your coffee,” the waitress said softly, easing me from the reconciling couple outside. She lifted the cup of coffee off the round wood tray balanced on her palm and gingerly laid it on the table, maintaining eye contact with me, a timid smile cowering at the corners of her lips. “Thank you,” I said, smiling. “You’re welcome,” she said, the smile, now bold, tugging at her lips as she left. Halfway toward the kitchen she subtly turned her head. Our eyes met. Then I gulped a mouthful of the coffee, the ice cubes hugging my top lip, refreshing. I gulped some more, wriggled into a more comfortable position and started flipping the pages of Dangerous Love, eager to know how Omovo, the protagonist, was coping with his doomed relationship with the married beautiful Ifeyiwa. It was then they crowded into the coffee shop.

They stood at a table close to mine. “This looks good,” said one of them. “Yeah, let’s sit here,” said another. As they sat one of them, a magazine held under her arm, ogled me and briskly raised her eyebrows at me. She was beautiful, as were the others.

Not wanting them to know I was eavesdropping on their conversation, I pretended to read. In my head, thinking about the essay I was working on earlier, The Allure of Form, I said to the one who thought the model a god: “Don’t you want to know what’s in his head?” I was amazed when, as if she had read my thoughts, she said to the others: “With a face and body like his, he doesn’t need a brain. What’s in his head can’t be ridiculously shallow anyhow.” Her comment made me wonder whether good looks (Form) signify pith (Content), and reminded me of this:

On a previous afternoon of that summer, I had gone to Central Park to wrap myself in the tranquility of reverie. I sat on a lone wooden bench shaded by a tree and facing a pond on which a family of geese frolicked and pigeons pecked the ground.

A man soon walked over to the bench.

“May I?” He pointed at the space beside me.

“What?” I said, raising my head from a page of Mario Vargas Llosa’s The War of the End of the World.

“Yep, a great place to meet women. They like to hang out here.” He smiled.

“Your accent, where’re you from originally?”

“Bull who? He smiled nervously.

“Buluwayo,” I repeated, offering no explanation, enjoying his ignorance. Let him consult a world atlas.

The conversation deepened. He told me he had recently divorced. And described how a popular female pop singer makes him forget “everything” when he sees her music videos. That he religiously sees them whenever they are played on television. “She does something to me that I just can’t explain. Her looks . . . her face . . . her body . . . damn . . . she’s fine. She really gets me whenever I see her music videos.”

“Who is this woman?” I said, frowning at him, thinking he had never met nor conversed with the said singer. He knows her only as a singer whose image inflames him with passion. Any wonder he was divorced?

He mentioned a name I was not familiar with.

I shook my head back and forth.

He stared at me, and soon left his place beside me on the bench.

I was glad he left, and turned my attention to the family of geese, happy to catch a baby goose in the act of jumping onto its mother’s back, shrieking ecstatically. I smiled at the geese, and started flipping through the pages of The War of the End of the World, eager to resume reading that magnificent novel.

My experience with the man in the park had rekindled my interest to write about the power Form exerts on the emotion, which had culminated in the essay.

As I sat eavesdropping and musing on the conversation of the women here was proof of the relevance of my essay, I thought. They were not concerned with the handsome model’s content. None of them opined it would be nice to know where he was intellectually; what moved him; what his sources of joy and sorrow were; what his thoughts were about the state of the world, about cultural tolerance and mutual coexistence . . . They, as did the man in the park, had validated this age-old truth (this is the gist of the essay) about the majority of human beings: We adore Form, often in disregard of Content, and let it inform and influence our relationships. Only a minority of us transcends that situation and let Content inform and influence our relationships. It is an existential concern we ought to contemplate, I was arguing in the essay, because when the relationships the majority of us initiate are informed and influenced by Form, our ethical and social life are warped. Our focus tends to be on the material. Rather than inner life, we venerate and espouse outer life. The repercussion, often, is that we remain discontented where it matters most: psychological contentment. A feeling that something is missing plagues us. And we should not blame ourselves for this because attraction to Form is a trait bequeathed upon us all by Desire, one of the fundamental traits that characterize the human being. Nonetheless, we need not be enslaved to Form. We ought to strive for a new measure of ourselves, endeavor to let Content inform and influence our relationships. (I had tagged a Post-it note to my computer to conclude the essay with this statement:) Here is a point to consider: a form-based relationship is ultimately doomed given that, after the initial giddiness characteristic of romance, it is often ephemeral. Discontentment usually follows. We, therefore, should endeavor to transform our natural attachment to Form. Such a personal transformation is crucial to our self-contentment. It will change our lives as it has the potential to liberate us from all the social conditioning that suppresses rather than frees our spirit.

That was what I meant to argue in the essay, but my experience with one of the women in the coffee shop revolutionized my thought. As I sat there pretending to read, they paid their bill and got ready to leave. As they filed out, my admirer, the one with the magazine, again ogled me. I maintained her gaze, smiling at her, grateful she had not given up on me as I had not responded to her earlier, and invited her to sit with me awhile. “We’re leaving,” she said, a feeble smile twitching her lips. I pleaded with a puckering of my lips and mouthed “please”, maintaining eye contact with her. “I’ll meet you guys outside,” she said to her friends. They looked at me; then at her, their faces animated in smiles, and crowded out of the coffee shop murmuring. Alone, we played at shyness, conversed and exchanged phone numbers. As we talked, I marveled at her beauty. A sylph she was. With a noble face adorned with high cheekbones; lustrous skin the color of dusk; bright eyes dark as night; full lips like mature crescent moons; teeth like burnished ivory. I knew nothing about her content, and it was at that moment unimportant to me. I was so enchanted by her form. And was intent on calling her that night for a date the next day, perhaps an afternoon spent in Central Park, and dinner at my favorite restaurant in Chinatown.

She strutted out of the coffee shop. At the door, she turned and bade me goodbye with a subtle wave of her right hand raised up to her proud bosom. What a glorious gesture. I waved back. And sat thinking I have just now been charmed by Form, a tendency I often decried, impatient with those so captivated. Acknowledging, finally, that Form is divine, our attraction to it inevitable. And eager to get back home and start rewriting the essay, grateful I had indulged my desire to walk about the city that afternoon.

The waitress avoided eye contact with me as I paid my bill and left the coffee shop.